With Announcement that Bank Of America will Handle Funds

April 13, 2003 – Ridgecrest, CA – After hearing Adelman Broadcasting’s Operation High Desert Cares which distributes care packages to military members overseas, Mike Cash, a father of two sons in the military wanted to donate to families of fallen military in Iraq and Afghanistan. After contacting Adelman Broadcasting’s Eric Kauffman, to their dismay, there was no place for him to leave his donation.

Cash partnered with Adelman Broadcasting as they took matters into their own hands. A little over a month later they are ready to launch Operation Family Fund. “This will be a fund that will take care of military families beyond what the government provides” says Cash.

After talking to the branches of the Military both at local bases and at the Pentagon, they all agreed to help distribute the funds.

Next up Cash worked through the legalities, becoming official with the state of California. Later he enlisted the aid of U.S. Rep. Bill Thomas (R-CA) who is helping expedite IRS matters.

Bank of America has agreed to provide the banking and oversee the funds which will be distributed via managed trust accounts.

Mike Cash, President of Operation Family Fund, received their first donation from Brant Whiting. Brant, age 11, gathered together a group of friends he named “the bow brigade” and blanketed the trees of downtown Fullerton, CA with a mile of yellow ribbon. During this time they raised close to one thousand dollars for Operation Family Fund. After looking at the Fallen Heroes page and reading about all the kids who were affected because of the death of a parent, Brant decided that 1,000 dollars was not enough, so he started a campaign called “15 Pennies for our Troops.”

The idea calls for people all over to collect 15 pennies (the number of POW’s and MIAs during Iraqi Freedom) everyday for 22 days (the number of days the POW’s were held captive). Brant has not only inspired other children to start 15 Pennies at their schools and adults to bring it to their workplace, but he also took the initiative to contact the public relations department of the Anaheim Angels and successfully persuaded them to honor our troops by hosting a 15 Pennies drive at both of their Memorial Day games. Brant is hoping 15 Pennies will spread to the other major league stadiums. All funds from 15 Pennies will go toward Operation Family Fund.

Operation Family Fund is a private, non-profit, volunteer, public benefit corporation. Operation Family Fund is committed to ensure that 100% of all donated funds are used to assist eligible members and immediate families of members of Military and Civilian personnel who have died or who have been permanently injured as a part of Operation Enduring and Iraqi Freedom both domestically and abroad to achieve financial self-sufficiency and find solutions to short term and long term needs.

Tax deductible donations can be made electronically at http://www.oeffamilyfund.org or by mail to Operation Enduring Freedom Family Fund P.O. Box 837 Ridgecrest CA. 93556 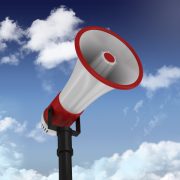 Spread the word! Operation Family Fund has a new website!